POW and internment camps for Japanese prisoners of war and internees

A total of 18 detention camps were established in Australia. Of those, five camps detained Japanese prisoners of war and civilian internees. Loveday in South Australia, Tatura in Victoria, and Hay in New South Wales, held civilian internees, while Cowra and Hay, both in New South Wales, and Murchison in Victoria, held prisoners of war. During the war, a few reorganisations of detainees took place between camps.  In addition to these, there were other transit/staging camps where the Japanese were temporarily held before settling in their designated permanent camps.

Australian authorities operated prisoner of war camps and civilian internment camps according to the Geneva Convention of 1929 relative to the Treatment of Prisoner of War. Consequently, living conditions in the camps were satisfactory. The Japanese were confined to the compound, but, they were essentially allowed to run their own affairs while the Australian authorities oversaw them. 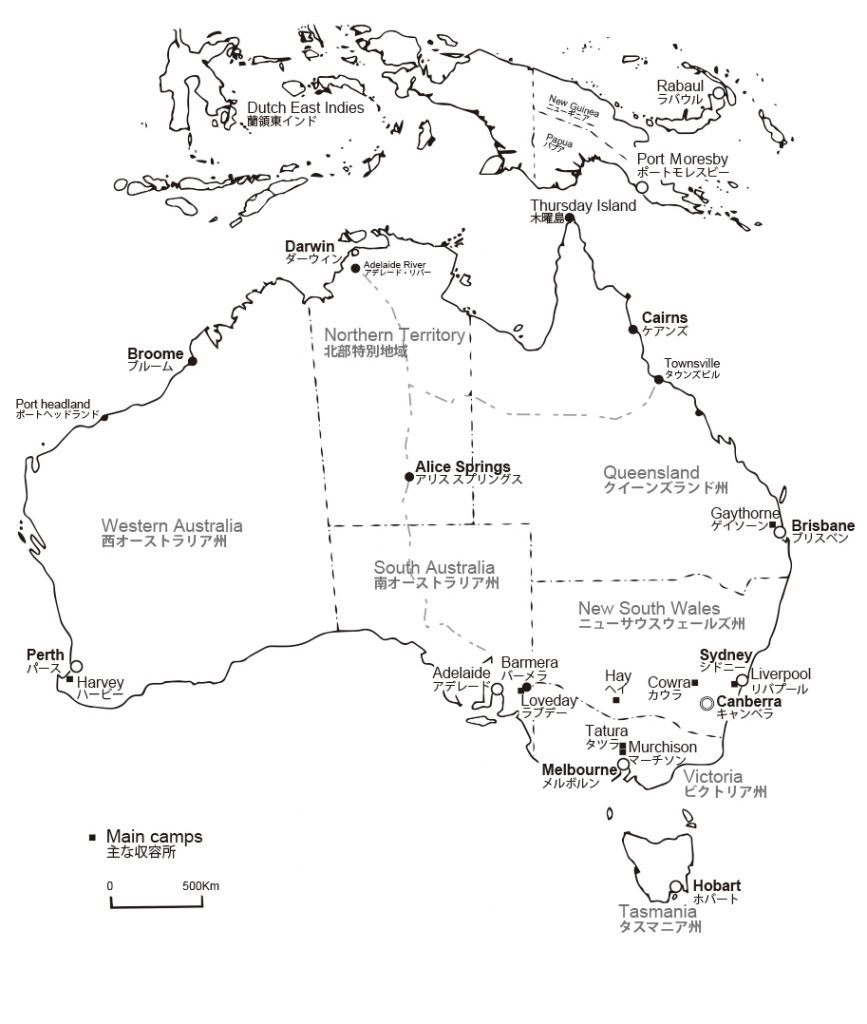